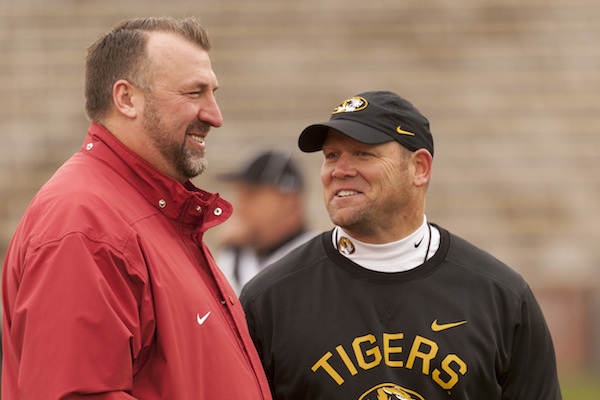 LOOK: The game will be televised by CBS and available online at CBSSports.com.

RADIO: Razorback Sports Network can be accessed through local FM and AM affiliates, through the Arkansas Razorbacks Gameday app, through the TuneIn app, or on ArkansasRazorbacks.com. The RSN broadcast will be broadcast on satellite radio via XM Ch. 190 and Sirius Ch. 138.

TICKETS: Tickets start at $ 55 on ArkansasRazorbacks.com.

WEATHER SITUATION: Fayetteville’s temperature at kickoff is forecast at 65 degrees. There is no chance of rain and the winds should be from the southwest at around 15 mph.

NOTABLE: Missouri have won five straight games against Idaho, UConn, Florida, Tennessee and Vanderbilt by a total of 177 points.