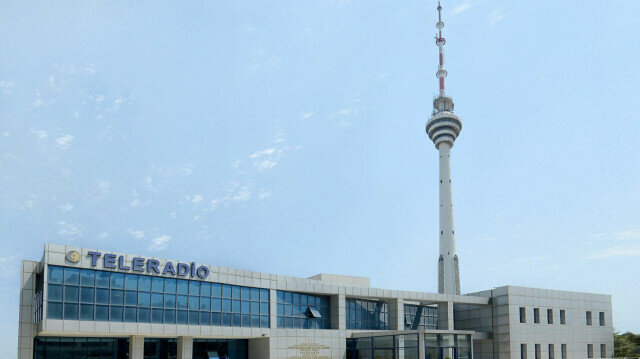 The newly erected 50-meter tower in the region’s Khanlyg village now broadcasts eight TV channels and two radio channels in Qubadli town and 12 other villages in the district.

Broadcasting and television services were inaugurated on Monday in the Azerbaijani district of Qubadli, which was liberated from Armenian occupation during the Second Karabakh War, according to the Baku Ministry of Digital Development and Transport.

Restoration work on radio and television stations in other liberated territories was completed earlier this year.

As of December 31, 2020, broadcasting and television have been restored in the towns of Shusha and Khankendi, as well as in the districts of Khojaly, Aghdam and Barda.

On October 4, 2021, a TV tower was put into operation in the town of Kalbajar, providing the broadcast of eight TV channels and one radio channel in Kalbajar and 15 adjacent villages.

Work is currently underway for the restoration of radio and television broadcasts in other liberated territories of Karabakh.

Relations between the former Soviet republics of Armenia and Azerbaijan have been strained since 1991, when the Armenian army occupied Nagorno-Karabakh, also known as Nagorno-Karabakh, a territory internationally recognized as part of the ‘Azerbaijan, and seven adjacent regions.

During a 44-day conflict that ended under an agreement signed on November 10, Azerbaijan liberated several towns and nearly 300 settlements and villages from Armenian occupation for nearly three decades.

The ceasefire is seen as a victory for Azerbaijan and a defeat for Armenia, from which the armed forces withdrew in accordance with the agreement.