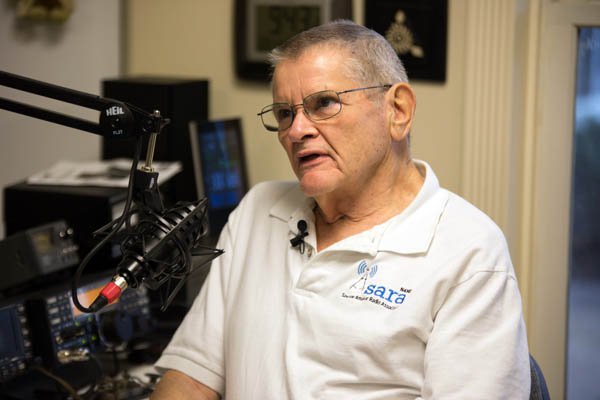 A local group is able to talk to people halfway around the world and report emergencies without using a cell phone or the internet.

Members of the Sawnee Amateur Radio Association use amateur or amateur radios both for personal enjoyment and as a source of communication in an emergency, which Tom McElroy says is part of a license that every operator must obtain. of the Federal Communications Commission.

This license says, “You can have millions of dollars in radio spectrum for your use, but in return, if needed when all else fails, you better be able to use your radios to serve your community.” he said. “So we make it fun to serve our community.”

Jim Farmer, the group’s chairman, said he had met people from across the country and around the world through amateur radio and it even led to his career in electrical engineering.

The group holds monthly meetings at Northside Hospital in Forsyth and broadcasts an emergency exercise each week on their radios.

Farmer said there were some theories as to how ham radio came to be known as ham radio “but none of them can be verified.”

Each June, the group organizes a local field day to compete and improve their skills.

“For 24 hours, we talk to as many other people in North America as possible,” Farmer said. “We get points for how we talk to them and how many people we talk to. The prize to be won is bragging rights, but it allows us to refine our emergency operation since we are far from our base stations. “

Farmer said amateur radios were used this year by some in South Georgia when Hurricane Irma approached and in Puerto Rico after Hurricane Maria when other methods, such as cell phones, were inoperable.

McElroy said local operators put their emergency skills to the test when tornadoes hit the county a few years ago.

McElroy is involved in increasing the membership and interest of young people. Her children, Audrey and Jack, are already licensed and can send messages and videos to an Android device through the radio without being connected to a network.

“It’s a great equalizer,” he said. “When you get an amateur radio license at 10 or 60, it’s still the same license. You are on par with an adult.

He said he would like the program to reach more young people, and the family has made presentations for local schools and Boy Scout groups.

“Kids love to talk to each other, and if they do talk to each other they are using technology,” McElroy said. “The best way for them to do that is to use technology so that they really understand the theory, how it works, how antennas work, how radios work and that gives them a boost.”